The Bears’ Night Out 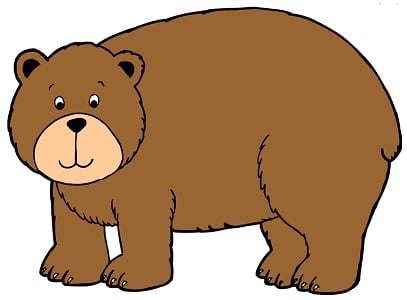 The Bears' Night Out

Megan loved bears more than anything else in the whole world. She had a polar bear, a grizzly bear, a panda bear, and even a koala bear. She had other animals too, but it was only the bears that got to sleep in Megan's bed at night.

Each night before bed, she gathered the bears around her and tucked them in. Before she closed her eyes she told each of the bears to behave. And, normally they did. But one summer night, the polar bear couldn't sleep.

"It's too hot in here," he told the other bears. "I wish I were in the North Pole right now."

"Where is the North Pole?" asked Panda.

"I'll take you there if you want to go," said Polar.

Panda did want to go and Grizzly and Koala did too.

So, the four bears slid down the bedpost and headed off north. When they arrived in the North Pole, Polar showed the other bears around. Koala did not feel very comfortable.

"We polar bears have two kinds of fur," Polar said, "some that is woolly and keeps us warm, and some that is spiky and keeps us dry. And even though we are as white as the snow we have thick black skin that keeps us comfortable."

"It was nice to meet your friends and family," said Koala, "but I wish I were somewhere warmer."

So, the bears headed South, all the way down to Australia. Koala showed her friends around.

"Is there something to drink?" asked Grizzly. "It's hot here, and I'm thirsty."

"Koala bears eat eucalyptus," said Koala. "We get all the water we need from the leaves." Koala shared some eucalyptus with her bear friends, and they all got sleepy. But, just before they were about to have a nap, Grizzly's tummy began to roar.

"I'm still hungry," Grizzly said. "I wish I were in the mountains by a nice cold stream.

So the bears headed West, all the way to Canada. Grizzly showed his friends all of the wonderful things to eat, like fish, and grapes, and even garbage left by nearby campers. Panda was exhausted from all of the travelling.

"I wish I were home where life is a whole lot slower," said Panda.

So, the four bears headed East to China. As they were travelling, Panda looked very worried.

"Aren't you happy to be going home for a visit?" Polar asked Panda.

"I am, but I'm afraid there won't be any pandas left," explained Panda.

When they arrived in China there were only a few other panda bears around. Panda and his friends had to share one small bamboo stick.

"Where is everybody?" asked Koala.

"Is this all there is to eat?" asked Grizzly.

"I'm afraid bears like me have almost gone extinct," said Panda. "And most of the bamboo trees have been cut down so there isn't much to eat."

The bears were tired so they decided to head back to Megan's house. All the way home, the bears were very quiet. They had enjoyed their trip around the world, but they felt sad that there were only a few panda bears left. When they had snuggled back in bed with Megan, Panda lifted up his head and smiled.

"I'm so thankful to have other bear friends like you," Panda said. "Friends don't have to be panda bears. Other kinds of bears are just as nice."

The bears smiled and hugged each other and then closed their eyes and went to sleep. A moment later Koala sat up again.

"I have a secret to tell you," she said. "I'm not really a bear at all. I wish I were a bear, but actually I'm a marsupial. I hope you'll love me just the same."

None of the bears said a word. They were already fast asleep. But, just when Koala thought her secret was still a secret she heard a tiny voice.

"I love you just the same as all the other bears, Koala," Megan said. "And, sometimes I wish I were a bear too."

The Chickens Take a Holiday